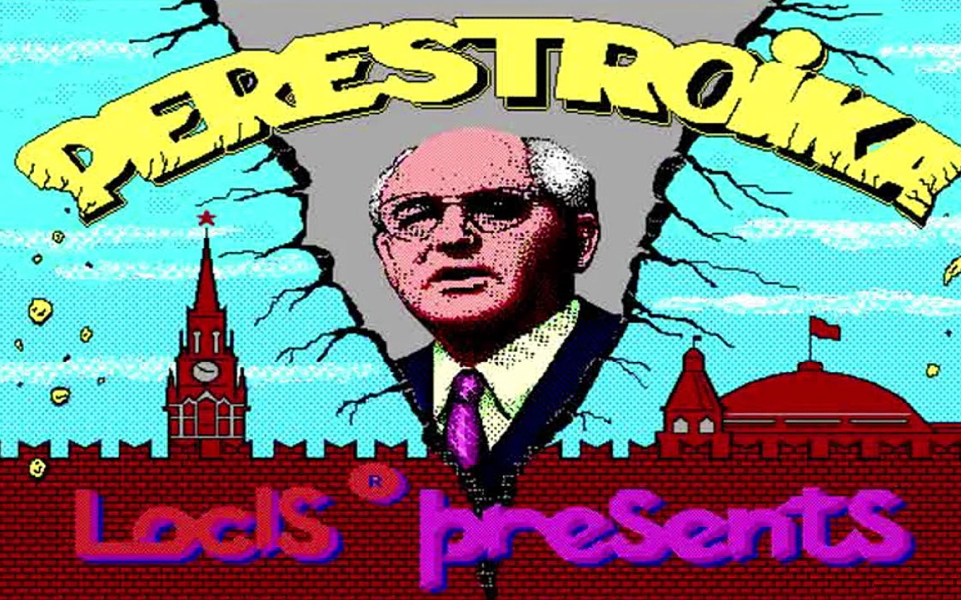 For 69 years of its existence, the Union of Soviet Socialist Republics was presented by some as the Empire of Evil, and by others as Paradise on Earth. No one will argue that this country was one of the greatest in modern history, and that its fate was one of the brightest and most tragic during this segment of eternity.

But we are not going to deduce logical constructions on the topic of what exactly was successful in the USSR, and what became another unplanned plague. We will not get into politics. What we want to talk about is video games created in the post-Soviet space.

So if we move away from all political topics, then “post-Soviet space” is an excellent definition for one of the geopolitical zones of the modern gamedev. So let’s take a look at all of this in general!

And no, the very “post-Soviet space” is not some kind of “dead zone”. But what is curious is that video game connoisseurs often don’t know where exactly was created the games they adore.

The Sinking City is one of such games. Interest in this project blossomed in full bloom a couple of years before the release, and even trying the very first test versions, representatives of the most respected media in the gaming world vied with each other that it was “the killer of Mafia and Resident Evil”. Frankly speaking, this question still remains open, but the fact that The Sinking City was definitely at the highest level is indisputable.

The Sinking City takes place in the United States of the late 1920s – only, according to the authors of the game, the modern world of that time is one hundred percent consistent with the fantasies of Howard Lovecraft!

Private detective Charles Reed visits the fictional town of Oakmont – a once prosperous settlement that has been turned into a ghost town over the years due to multiple floods. Because of what is happening, it is not at all surprising that most of the locals suffer from mass madness… It’s another matter that some supernatural forces are behind all this.

The plot is really impressive – but not as much as the fate of the game itself! The Sinking City was removed from Steam twice at the request of the quest developers. The game was published by the French company Nacon, and it would seem that there shouldn’t have been any problems… But representatives of Frogwares (Ukrainian studio, game authors) accused Nacon of hacking the game and publishing its pirated version on Steam.

Interesting moment is that it wasn’t enough. The Ukrainians ended up having to resort to a DMCA complaint, a claim filed under the Digital Millennium Copyright Act. This measure allows both publishers and developers to achieve blocking of this or that content.

The Sinking City is one of the most interesting games in its genre at the moment. But to be honest, the showdown in French courts looks much more interesting! It would be quite possible to develop a new detective quest on this topic. But how the fate of The Sinking City will end, we can only guess for now. After all, for a couple of years now, both Frogwares and Nacon have repeatedly declared their victory in these legal showdowns…

Another game that should by no means fail to be mentioned is S.T.A.L.K.E.R. This is a first-person survival shooter, based on the cult story “Roadside Picnic” by the Strugatsky brothers, Andrey Tarkovsky’s film “Stalker” and the real Chernobyl zone.

Everyone who has read this can already be 100% sure that S.T.A.L.K.E.R. would be a hit anyway! But on the other hand, we very often saw such moments when someone makes a film, game or series based on a world hit, and the result is complete… something that doesn’t meet expectations. But not at this time!

S.T.A.L.K.E.R., in fact, was a very controversial project – precisely because it was created on the basis of a cult story! And in fact, the Ukrainian studio GSC Game World took a very, very big risk creating such a game. Any mistake would be perceived by fans as impossible and would destroy the project itself! But GSC Game World managed to get it right.

S.T.A.L.K.E.R. became a very strange game. On the one hand, it is almost never mentioned, but on the other, everyone knew that it was practically the top standard in the genre. A kind of Woland Demon of the world of first-person shooters!.. Which, by the way, is true for the second part of the game as well.

S.T.A.L.K.E.R. 2 was announced back in 2010 and is expected to be released very soon… um… well… probably very soon. The company GSC Game World, which developed the first part, managed to close during this time, but a statement about the development of a new game, nevertheless, appeared. Moreover, almost immediately, information appeared on the network that the corresponding trademark was sold to Bethesda Softworks… which, however, wasn’t confirmed by the owner of the brand, Sergei Grigorovich…

In 2018, GSC Game World announced the revival of the company and the resumption of development, but when exactly the fans of “Stalker” will be able to plunge into their favorite world again was never announced…

Surely, what was told could turn the post-Soviet gamedem for you into some kind of Mexican TV series. But no! Games were created with us and just like that. For example, IL-2 Shturmovik.

The game was developed by the Russian company 1C: Maddox Games and was later published by 1C and Ubisoft Entertainment. In fact, IL-2 can be called one of the most “stable” games in our geolocation. Think for yourself: support, graphics updates and add-ons are still ongoing. At the same time, the game is 100% simulating the conduct of military operations in the sky during the period from 1938 to 1946. So there is not much to tell here… Just a lucky pick for those, who prefer games of this genre!

Another successful one for the post-Soviet prosperity is “Corsairs”. In the West, the game was released under the name “Age of Pirates” (please, note: in Russia this name was never used).

The first games in the Corsairs series take place in the middle of the 17th century in the fictional Archipelago area in the Caribbean. In the later parts of the series, there are already real islands and territories of the Caribbean Sea. But with the next game in the series, everything turned out to be not so simple…

The next Corsairs game was to be called the “Black Mark”, and was developed by Black Sun Game Publishing. And it would seem that everything is fine, but in the end instead of the game the users got a lawsuit not fully disclosed to the public.

It all started back in 2018, when the very same Black Sun Game Publishing asked the players for 360 million rubles to create the “Black Mark”. To which Dmitry Arkhipov, co-founder of the Akella company, which worked with the Corsairs before that, reacted very negatively. He published an open letter, where he stated that the new studio didn’t have any rights to the project with that name, which the Black Sun representatives called libel. On April 9, 2018, a court hearing was held and the cassation appeal was rejected, but the game’s twists and turns didn’t end there.

The battle for the brand name continued until 2020, but due to the fact that most of the litigation remained behind the scenes, we won’t be able to tell what exactly happened in the end. The final also came out very confused: in the middle of 2020, VKontakte users noticed that the official website of the game had ceased to function. Black Sun Game Publishing didn’t officially comment on the situation, but the Russian portal GameMAG, referring to one of the former employees of the studio, announced that “the company has been closed for a long time”.

The money for the development, however, continued to be collected until the very last moment. And where the collected amount ended up, the public was never told… The last time the world heard about the “Black Mark” was at the end of December 2019, when a “gameplay” video was published. However, it was harshly criticized in all media, most of the independent experts then argued that this is not real gameplay, but a staged video.

There are a lot of similar stories in post-Soviet game development. And be sure that in the next parts of this article we will certainly share them with you!