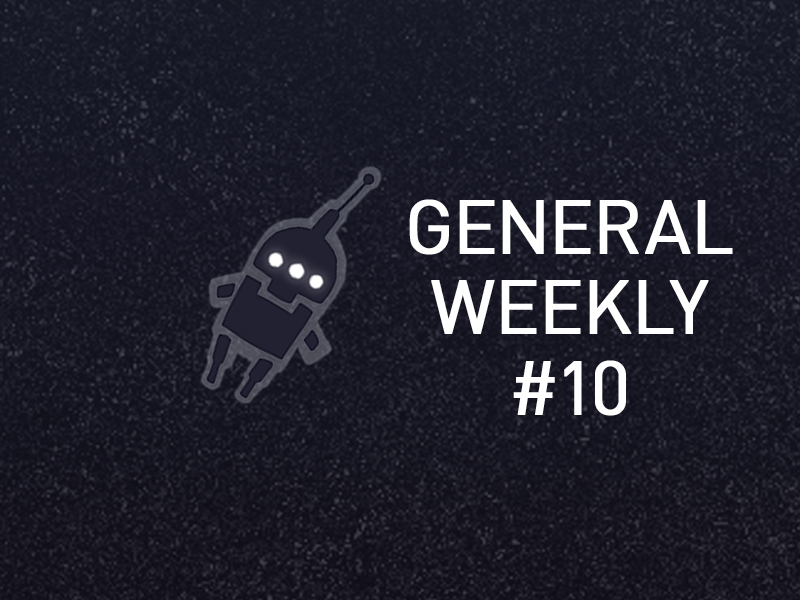 Steam will change the display of game release dates

No more jokes. Developers will be able to choose one of 5 options:

quarter of the calendar year. For example, “Third quarter of 2023”.

Without date. It will say Coming Soon.

Among 525 projects and more than 3350 participants.

The libraries used in C4Engine are now open to everyone.

Rodrigo Copetti, who has repeatedly pleased us with analyzes of the architectures of various consoles, this time wrote an extensive article about Wii U.

Good video for those who want to try working with Godot. It gives a detailed revision of the main points and basic things.

Cult of the Lamb Hit Recipe

The Unity team sat down with Jay Armstrong, Design Director and Lead Programmer at Massive Monster, to discuss how the team chose which genres to combine, what they did to balance the two-genre-in-one-game approach, and their top coping tips.

Artist Shyamsagar S shared details on the Electric Generator project, explained how the props were modeled and textured, and demonstrated lighting and rendering processes in UE5.

AnimationEvent and the CoreCLR garbage collector

The article briefly talked about some of the latest changes that the team has made to ensure the integration of the updated AnimationEvent with the advanced garbage collector.

A small analytical post about the median demo time

To learn more about the development of the upcoming first-person shooter, the Unreal Engine team reached out to The Astronauts creative director and co-founder Adrian Chmelarz and asked him about the Witchfire development process, how the game uses photogrammetry to achieve stunning visuals, how the studio used the sound engine UE and more.

Lucas Pope: “Games are the perfect mix of everything I love”

A short interview to Premortem Games with the developer of the well-known Papers, Please.

An experiment in the procedural generation of endless scenic landscapes, designed as a casual racing game. Works in the browser, the client side uses three.js.

Key technical points are described in the article.

Sheref Atilla Gürbüz talked about the development of the leaf generator, showed which nodes were used, and demonstrated how colors are mixed to create realistic leaves.

Adding painterly detail to a stylized project in UE5

Gyuvannu-Karlu Sozzi explained why they decided to create a paint stroke mask, explained how a painterly look is achieved in 2D and 3D, and also told about the creation process.

How ray tracing works, and how to speed it up by x600

The video is a step-by-step guide to the basics of ray tracing, explains the basic concepts, and explains why ray tracing methods are computationally intensive.

In addition, the ReSTIR method is considered, and how it can significantly reduce the required calculations.

The nature of sound

The invisible and relentless sound just seems to exist, traveling through our surroundings to carry beautiful music or annoying noises. In this article the author explains what sound is, how it is created and distributed.

Creating the first multiplayer game with Netcode for GameObjects

In this article, the author walks you through the development of Galactic Kittens, from prototype to stable, and how you can use this sample to start your own multi-user project.