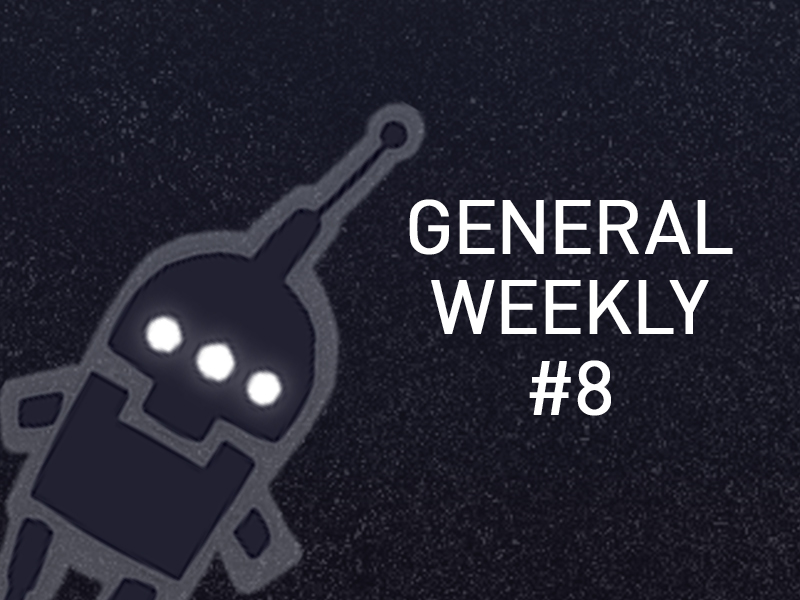 Access to Netcode for GameObjects (NGO) 1.0, which goes hand in hand with new multiplayer solutions from Unity Gaming Services, including game server hosting (Multiplay) and Matchmaker. These tools, combined with examples and tutorials, will speed up the development of multiplayer games on Unity.

Among the consultants is Geronimo Barrera, former vice president of Rockstar Games.

The new fund focuses on games with “interesting concepts”. Games created in partnership with the foundation will become temporary exclusives on the VoxPop platform.

The update adds a new type of global rotation kinematics, support for weapons in the Quick Rigging tool, and further expands the AutoPosing tool.

A new pack of interesting things from the gamedev community.

Jason Gastrow and his wife Leah Gastrow, will “deep dive into projects” they want to work with within the BIGMODE publishing house.

BIGMODE will not cooperate with the authors who are engaged in games on the blockchain and with the introduction of NFT.

Unity released a report on multiplayer games and player preferences

After 16 months of a soft launch, Supercell’s Clash Quest has not met its business objectives and will be shutting down. Ethan Levy discussed with the writers what was done right and what could be improved in Clash Quest.

The best “worst” mechanics in games

Yes, we are talking about timers. A document with links to materials used in the creation of the video.

Creating a Realtime Afro with FiberShop and Marmoset Toolbag

Hellor Maweja showed how to create a female afro in real time, demonstrated how FiberShop is used to create textures and explained how GS CurveTools helps with card placement.

Slides from a huge presentation about Lumen from Siggraph 2022

The developers have presented all the work on Global Illumination in UE5 to date, with a lot of inside information from the “The Matrix Awakens” demo.

Interview with the developer of Cult of the Lamb by Noclip

Danny spoke to Massive Monsters’ Jay Armstrong about the history of the studio and the design behind their indie hit.

Interviews with the two creators of the game about what they brought from the original series to the modern era – and what they left behind.

Derek Lew, the author of game trailers for Psychonauts 2, Half-Life: Alyx, Among Us, and more, shared his thoughts on the topic.

Luana Bueno talked about working on the Owl Girl project, shared some hand drawing tips for beginners, and explained the importance of recording your workflow.

In 2006, he founded the company with his friend Demid – a year after graduating from university. We started from scratch, and now there are 120 people working.

The Epic Games team spoke with Fabio Padgetti, the studio’s creative director, about how the team came up with Soulstice’s unique game mechanics, grew the studio during the pandemic, and how winning the Epic MegaGrant inspired and motivated them at the right time.

Publishers and their “hidden” advantage of Steam

When it comes to gaming platforms such as Steam, a reasonable question arises – what actually the status of a publisher gives you compared to the one of an individual developer?

Setting up graphic improvements in World of Tanks Blitz

The developers of World of Tanks Blitz spoke about the major graphics update introduced in Update 9.0, explained how they redraw the game’s maps and discussed the updated physics.

The author has focused on one particular thing he is always looking for in a customer presentation or sales page. Unique Selling Points (USP), which are not unique at all.

The indie developer talks about his latest game, how he got his start in development, and what to expect from FAITH: Chapter 3.

Chasm: The Rift Demo is OUT NOW!

Chasm: The Rift is live!