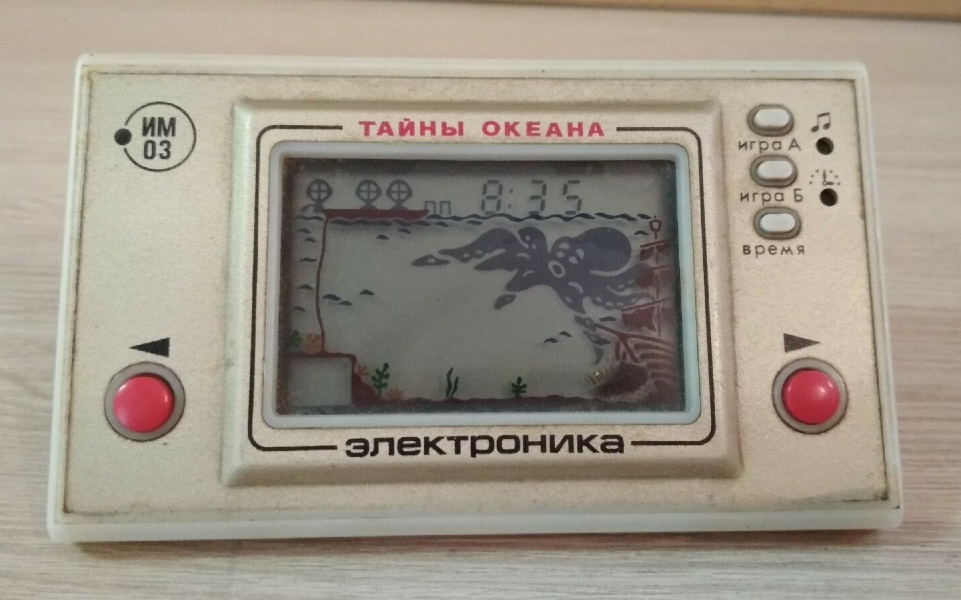 Arranging a cognitive retrospective on video games created in the former USSR, it would be an impermissible mistake to pass by the Metro series from the Ukrainian studio 4A Games. Rather, from the originally Ukrainian: despite the fact that in 2006 4A Games was founded by four GSC Game World natives in Kiev, in 2014 the headquarters were moved to Slima (Malta), and the Kiev division was retained only as a branch.

The first game in the series was called Metro 2033 and was released back in 2010 – the American company THQ became the world publisher of this shooter, and in Russia this burden was taken on by Akella employees. As is often the case with popular games, there was an equally popular novel behind Metro 2033 – the book of the same name by Dmitry Glukhovsky. And as we already noted a little above, Metro was made by the same people who, being employees of GSC Game World, worked on S.T.A.L.K.E.R., which is a game of exactly the same genre (survival FPS). So, there are experienced professionals, there is a post-apocalyptic reality created by a famous writer, add these ingredients together and in the end we get an expected result: the game has received a cult status, and according to data as of June 2012, its sales exceeded 1.5 million copies.

The success didn’t leave the authors of Metro even after. The second part, Last Light, was released in 2013, and the publisher was changed. Initially, the rights belonged to the same THQ, but from the announcement in 2011 to the release, the company managed to go bankrupt – the rights to the franchise were acquired by Koch Media, and Deep Silver became the publisher (same goes for the third part by the way). The Russian publisher also changed: Akella got closed in 2012, and Buka took over the Russian versions of Metro: Last Light and Metro Exodus later.

An interesting fact is that Metro: Last Light has nothing to do with Glukhovsky’s novel Metro 2034, but is a direct continuation of the first game. But the writer’s good relationship with the developers continues to this day: it was he who wrote the dialogues for the second part of the game, and Metro Exodus again brings us back to the original novels and is based on Metro 2035. An interesting point is that Glukhovsky in one of the interviews confirmed the work on the third Metro shooter back in August 2015, while the game was officially announced only at a press conference in June 2017, during Electronic Entertainment Expo 2017.

All the games of the trilogy have so far received the highest ratings and sold in the millions, sometimes even setting records (200 thousand sales on Steam in just a week from Metro Exodus, for example), so if the fruitful cooperation between Glukhovsky and 4A Games continues, this will not surprise anyone. But no announcements have been made regarding the fourth part, however, so far.

The next game that we would like to recall today appeared on this list solely due to a coincidence. The fact is that we thought for a long time whether it has the right to be here?..

We are talking about the role-playing first-person shooter Atomic Heart, which is being worked on by studio Mundfish. And precisely due to the fact that this phrase is pronounced in the present, and not in the past tense, a discrepancy is formed. So far, Atomic Heart looks pretty damn promising and instills in the souls of post-apocalyptic fans a strong hope for many hours of wandering through the wastelands… But the game has not yet been released, and work on it is just underway!

Since it so happened that today we were initially talking about post-apocalyptic universes, Atomic Heart fits perfectly, but keep in mind: there is no game as such yet.

Atomic Heart events unfold in an alternative reality in which the Soviet Union didn’t fall apart, has long mastered robotics and produces thousands of robots. However, when in science fiction with robots did they remain nice and kind?.. So it is here: for some unknown reason, the robots at the “3826” enterprise went out of order and attacked the staff, which means they now need to be dealt with. To investigate the incident, an agent of the main intelligence agency was sent to the object, and you will have to take on his role.

According to the developers, the world of the Atomic Heart represents the entire Soviet Union, from the Arctic in the north to the Altai Mountains in the south, and the locations that you have to explore are scattered across the map and connected by railways. And by the way, one of those who is in charge of making atomic game locations is legendary Richard “The Levelord” Gray himself! This guy is trully iconic figure in FPS world: real DOOM fans still remember his collection of levels called GrayDOOM, which was released back in 1994, and ofcourse, his work on Duke Nukem 3D and SiN with 3D Realms and Ritual Entertainment will never be forgotten. At the moment Richard lives in Russia and work with Mundfish team.

All of this sounds very promising and it looks even more promising, but what will be the output, we can only guess for now. Still, we’d really want to hope that the game from Mundfish will become a real hit, and we weren’t mistaken when we mentioned it on this list.

However, there is no doubt about Encased from the Russian studio Dark Crystal Games. Since September 2019, this Sci-Fi Post-Apocalyptic RPG has already won praise from critics and – which is more important! – the players themselves.

The authors of Encased call their creation “a tribute to ‘Roadside Picnic’ and the original Fallout”, and this phrase perfectly expresses the mood of the game. Encased events unfold in the alternative 70s, and the plot tells about the exploration of some “Dome” – a huge structure found in one of the remote deserts. No one knows for certain who exactly the creators of the Dome were, but in the official documents of researchers this civilization is habitually called “Forefathers”.

In the labyrinths under the Dome, there are many amazing examples of advanced technologies and artifacts guarded by automatic defense systems, traps and anomalies. In addition, the special field of the Dome doesn’t allow those who got inside to leave it. Dome research is carried out by CRONUS Corporation, an international organization founded by the governments of the world’s most influential powers. CRONUS is divided into five departments, called Wings, each of which reports to its own leader, has its own specialization and history. And it is one of the newcomers who went under the Dome that you have to turn in into Encased.

The game didn’t become a world hit, but the fact that it was noticed and even noted in an endless series of games on the topic of post-apocalypse already demonstrates its atmosphere quite well. And it suggests that you should definitely pay attention to it.

The role-playing graveyard caretaker simulator called Graveyard Keeper from the studio Lazy Bear Games was less noticeable. However, even though the game received mixed reviews from critics, everyone praised the graphics, character design, and the breadth of the gameplay with one voice – even though you are the caretaker, your activity is not limited to working in the cemetery.

By the way, General Arcade has gone to great lengths to help tinyBuild with bringing fully featured version of the game and DLC to Xbox One, PlayStation 4 and Nintendo Switch. So now we can confidently declare that you can play Graveyard Keeper and Game Of Crone on any platform you like!

Returning to projects that inspire great hope, it is worth mentioning the Black Book from the studio with the self-explanatory name Morteshka. It is a fusion of a card RPG and a classic adventure game, and in the center of the plot is the story of a young witch fighting to save her lost lover. The Black Book has already been presented to the public, and presented very successfully: even though the full version of the game has not yet been released, it is possible to plunge into the mysterious world of Russian fairy tales and reveal secrets hiding in the darkness right now.

The game takes place in the dark world of northern mythology. The young peasant woman Vasilisa is destined to become a witch. However, she prefers to go against her fate and decides to give up witchcraft in order to be able to marry her lover. Her dreams, however, were not destined to come true, since the betrothed tragically dies under unknown circumstances. Unknown, but clearly connected with Vasilisa’s decision… So, basically, we can say that her fault is also in what happened.

And it is one of the reasons why Vasilisa wants to acquire the Black Book – an ancient artifact that, according to myths, is so powerful that it will fulfill any desire of that brave man that will open all 7 seals of the Book. The young sorceress is not going to put up with the loss for sure!

On this today, perhaps, we could finish already. But only for today! We still have a lot of stories about notable and beloved by many projects created in the vastness of the former USSR. So be sure not to miss the next part of our unusual diary!

Ironcast is free in EGS!

Even more from USSR